Rives Cephes Minor was born enslaved in Albemarle County circa 1856 (the precise date of his birth is obscure as the records were destroyed by fire). At the age of 12 he began his schooling at the Freedmen’s School in Charlottesville, the original Jefferson School, which was located in the Delevan Hotel, a former Confederate hospital. At the completion of his local schooling, Minor enrolled for two academic sessions at Storer College in Harper’s Ferry, West Virginia, where he prepared to be a teacher.

I will tell you my age as well as I can. The farm house where I was born was burned in May 1865, and with it all the records. My mother, a short time before her death, took me with her to the old place to get our ages, and what they gave us was all guess work.

Convinced of the powerful and liberating force of education, he embarked on a more than thirty-year career teaching in the schools of various Virginia counties, including Bath County for nine years and a short period in Highland County.

The majority of his teaching years were spent in the segregated schools of his home county of Albemarle, where his most notable assignment was as principal of the Union Ridge Graded School (pictured below). Through inheritance and purchase Rives Minor accumulated nearly eighty acres of land close to Union Ridge Baptist Church and remained a lifelong prominent resident of the Hydraulic Mills-Union Ridge community. He managed his considerable duties as teacher and the affairs of a large working farm often with the assistance of his children alone. Married twice, he raised a family of seven children, for a period of years by himself.

Upon the death in 1896 of his first wife, Mary, the Richmond Planet described Rives Minor as “our hustling country teacher and farmer.”

I own a farm of 80 acres, two horses; a colt, four cows, two calves and we raise hogs every year. I succeeded (they say) very well as a teacher and am doing very well as a farmer.

At his death on March 8, 1926, Rives Minor left a great legacy as teacher, farmer, and father. He also left a legacy within his family of a dedication to education. 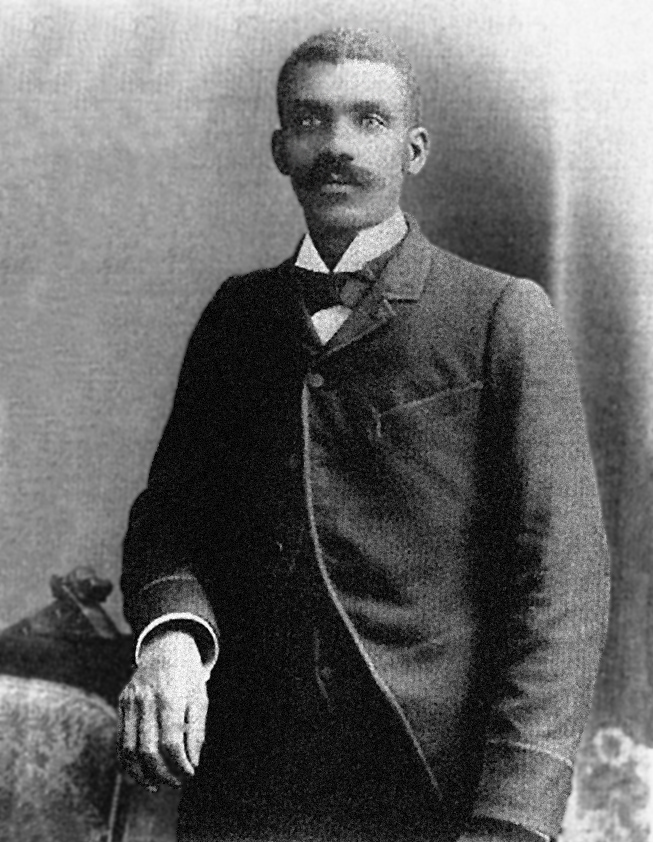 Student and teacher reflect upon an extraordinary period in history

Entering retirement in 1910, Rives Minor sought out one of his teachers at the Freedmen’s School, Miss Philena Carkin (pictured at left), who had long since returned north. She had been sent to Charlottesville within a year of the conclusion of the Civil War by the New England Freedmen’s Aid Society. Minor and Carkin engaged in a brief but remarkable correspondence that offers rich details about Minor’s life and the circumstances of the local African American community in the decades following the Civil War. [Excerpts of their correspondence may be found below.] It was in one his early letters that Minor credited his teacher with “kindling the little flame of education . . . that was to be so far reaching.”

You told and read to us so much that I recall and which has since become real to me, that I have often wished that I could see you, and make some apology for my ignorance and ingratitude,
for then it was meaningless to me, and as with me, so I presume it was to a greater or less extent with the others. But much of the ignorance, inexperience and darkness that met you here, have disappeared, and it is beginning to look like a real dispensation of freedom in which every one has some sort of a
chance in the race of life. 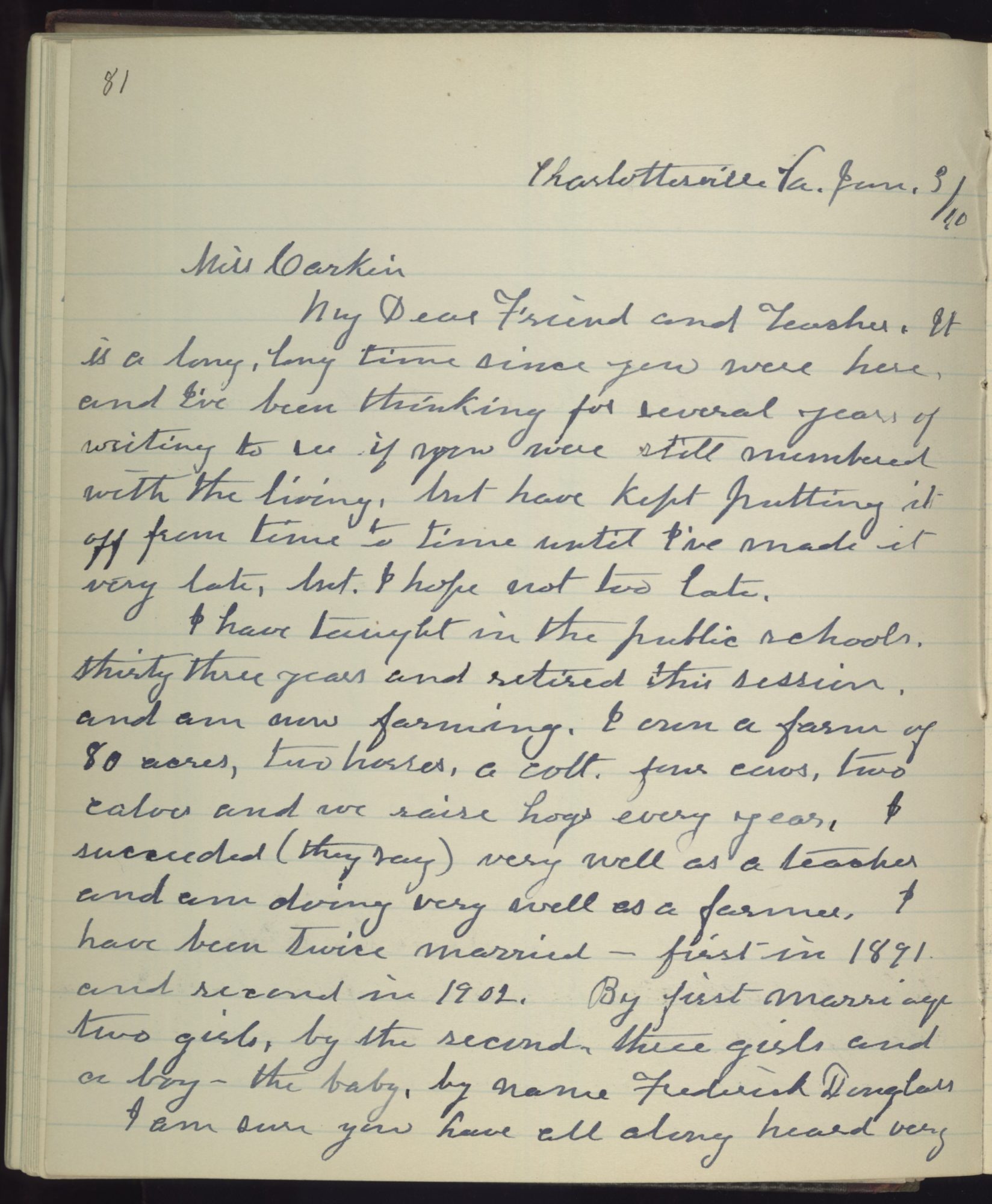 Born December 7, 1903, Asalie Minor Preston  from a young age shared her father’s commitment to teaching and his passionate belief in the power of education to forge and improve lives. She earned her teaching degree in 1936 from St. Paul’s College in Lawrenceville, Virginia. Her tenure in the public schools of Albemarle County spanned more than four decades (1924-68). Thirty five of those years she taught in segregated schools: Greenwood (1924-28 and 1940-46), Scottsville (1928-37), North Garden (1937-38), Providence (1939-40), and the Albemarle Training School (1947-59). She spent the final decade of her teaching career at the integrated Rose Hill School (pictured below).

For many years she and her husband, Roy Preston, lived in the Rock House, a striking structure in the Arts & Craft style inherited from his stepfather, Charles Holt. Constructed by Holt in 1926 of Rivanna River rock and situated on Preston Avenue, directly across from Washington Park, Charlottesville’s main park for African Americans, the Rock House was long a landmark in a thriving and industrious African American neighborhood.

Today the C.B. Holt Rock House serves as offices for the Legal Aid Justice Center, which painstakingly restored it in 2006, and is a designated Virginia Landmark and National Historic Place.

Asalie Preston died on July 29, 1982. At her death she left much of her estate to an endowment for educational purposes. Her sisters, Bernice Hargis and Glenna Minor, dedicated that endowment to the father and daughter educators, Rives C. Minor and Asalie M. Preston. The sisters’ own estates contributed substantially to the Minor Preston Educational Fund upon their deaths. 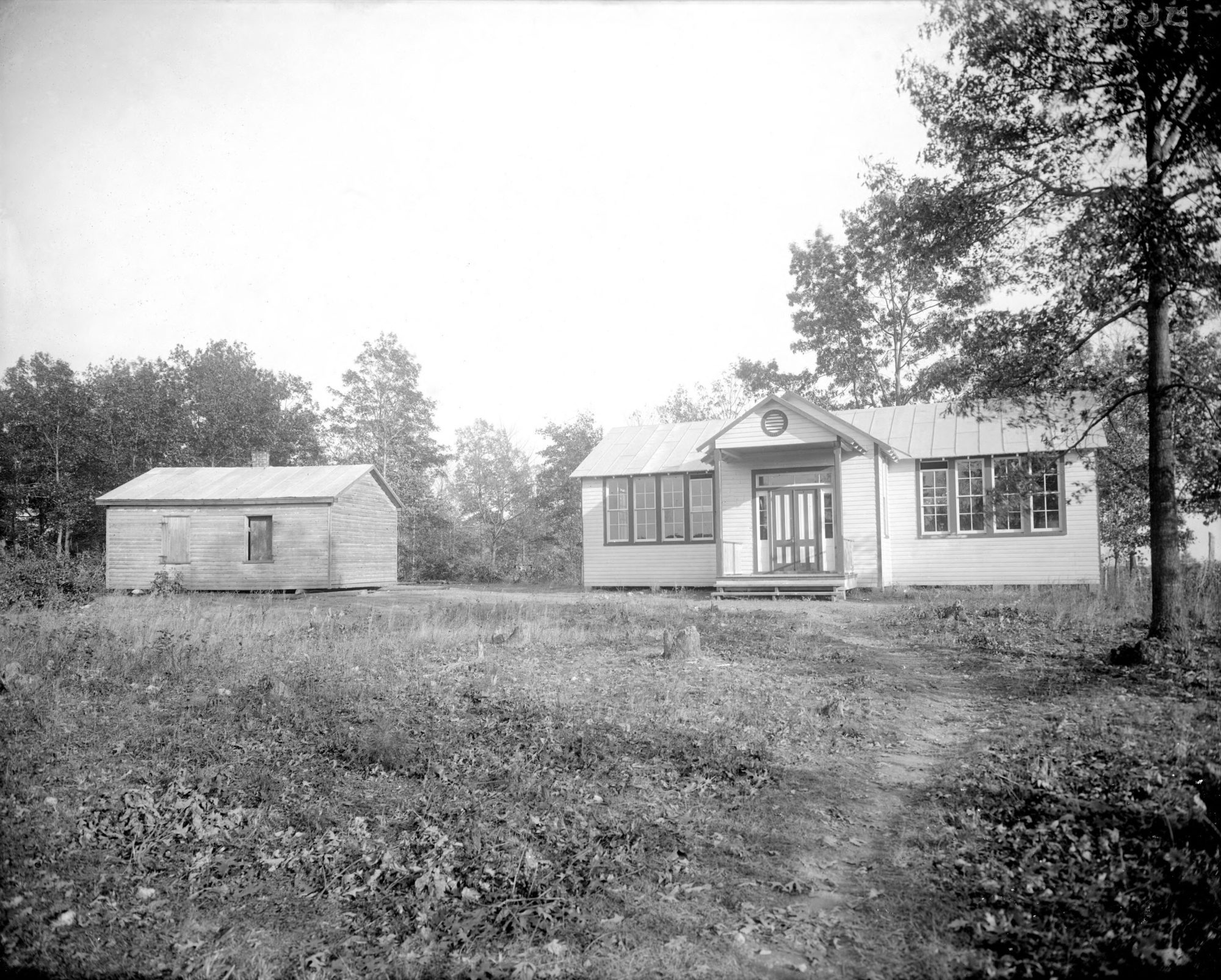 History of the Jefferson School

Sustain the legacy of this family.